One spring day my boyfriend and I decided to take our pup on a nice walk followed by a run with her buddies at the dog park. She had a wonderful time wrestling, running and jumping around with the other dogs. After about an hour we decided it was time to head back home. Within five minutes we were back home and we started to see some changes in our dog behavior. First, she tripped going up the stairs. This was odd because she was only a year old and very co-ordinates and agile.

Then her noise and eyes began to run, followed by head swaying. I called her to see if she was ok and when she began to walk forward her entire back end stopped working. She had lost control of her hindquarters with her legs doing what could only be described as a drunken stagger. Very concerned I called in my boyfriend to take a look at her and see if he was as concerned as I had become. He was. I immediately began calling vet offices to see who would be open on a Sunday night. The only option was an emergency vet clinic about 20 minutes from downtown. They said it didn’t sound good and to bring her in as soon as possible.

The drive there was a bit intense because she was getting worse by the minute. We were very scared something horrible was happening to her. When we arrived they signed us in and a vet tech came out to do an initial assessment. Our pup was then called back to have some basic vital tests done. Maybe 10 minutes after we were called into the office and politely ask if there was any way she could have ingested marijuana. We said no but then realized she played at a very populated dog park and it was possible someone discarded a joint one night and she found and ate it (although we didn’t see that).

Long story short, we suspect our dog ate an old joint, got high tripped out and all for the low, low vet bill of $250.00. She was advised to sleep it off and come back if she didn’t get better by midnight. Knowing this we at least felt better knowing that it wasn’t poison placed in the park and that she would make a full recovery.

As you can imagine she went through the gambit of sensations from feeling sick, barking at nothing (paranoia) , and eating twice her normal dinner quantity (munchies) following by passing out. When she woke up she was back to her happy go lucky self and all was right with the world again.

Let this be a lesson to all dog owners. Sometimes danger lurks in the park beyond the obvious. We’ve given our pup the “drugs are bad” speech and are hopefully she will avoid it if she ever comes across it again. I would recommend you do the same! 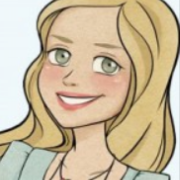 We respect your privacy and take protecting it seriously.

9 Things You Do That Your Dog Actually Hates

When Can You Safely Let Rescue Dogs Off The Lead For The First Time?

Where is all this hair dog coming from?

This site uses Akismet to reduce spam. Learn how your comment data is processed.

Go to the Arqam options page to set your social accounts.